How to get Muscle Gear at Mario Strikers: Battle League

Mario Strikers: Battle League is not too complicated, but some game mechanics play an important role. Players must definitely pay attention to the statistics of the character when they decide who to play, since their statistics determine how well they can perform this task on the field.

How to get Muscle Gear at Mario Strikers: Battle League

Set of muscles will increase strength stat. The power characteristic is one of the most important in the game in the attack, because it determines how strong the capture and resistance of the character are. Possessing a high indicator of strength, players can control the field with the enemy team.

Players who want to get a Muscle Gear Set set should go to the Gear Shop store, entering the Gear settings in the game menu. Once there, players will need to purchase a set for only 400 coins (100 each).

How to get coins in Mario Strikers: Battle League 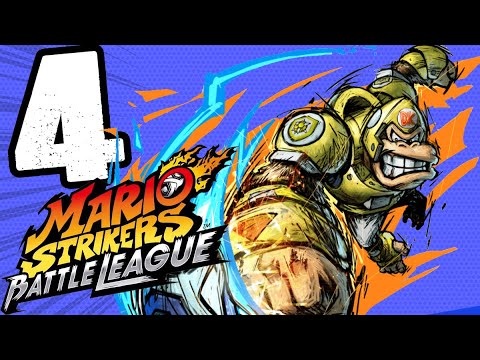 To receive coins most reliable, players must participate in game tournaments. For each successful tournament, players receive 400 coins, which are enough to buy one full set of equipment. Players can replay the tournament again, but every victory will bring only 50 coins. Players will receive 400 coins for free by visiting the equipment store for the first time, although it works only once.