[LCK] Summer season 1st round looking into weight of argument

German soccer hero and ground Kaiser Franz Beckenbauer left these words. You can’t get anything if you can’t overcome the pressure.

In soccer, the game is decided by a score created in the war of pressure and decompression for 90 minutes. As much as the physical pressure that the body encounters, the mental pressure caused by the 90-minute time and the situation drives the athlete to the limit. The reason Beckenbauer was nicknamed ‘Emperor’ as a great player was not only as great as the outstanding ability he showed in the game, but also because of his amazing leadership that united the spirit of the team concentrated in the extreme.

The first round of LCK Summer is also coming to an end this week. The teams in the playoff zone are showing solid play by making use of their strengths and covering up their weaknesses, but the opposite situation is shown for teams that are far from the so-called ‘autumn roll’. 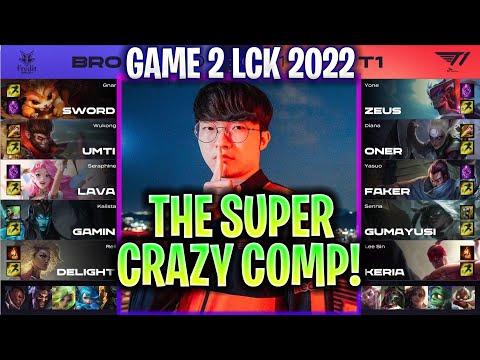 The nightmarish operation in which strengths are hidden and weaknesses are highlighted as the crisis approaches is repeated endlessly like an endless drift in the open sea. At this point, we would like to pay attention to the claims of teams outside the playoff z1. The player who will take center stage in a crisis is not the mid laner, the supporter, or the core order. This is the captain’s choice by the team and the coach.

There are several in-game indicators that can measure their influence, but we want to examine the captain’s performance and diagnose the team situation through MVP POINT, an external view of the influence on the overall game. /Tae-Young Jang (Beliar) Writer, editor= This is Game Reporter Seung-Joo Kim

This content was produced in collaboration with This Is Game and OPIG.

10 claimants that exist in the LCK

First, in recent sports, the lockerroom leader is getting more attention than the captain. It is because of the idea that a clear existence that can receive the envy of players, coaches, and coaching staff can bring the team together more than an artificially selected captain.

However, in representative sports such as soccer, the importance of captain is still remembered. This is because there is a belief that the role of the coach in the in-game that can bring the team together and improve performance is the responsibility of the captain.

It is unknown whether the LCK also accepted this claim, but each team selects and discloses a captain every season. Although the role of the captain is not emphasized externally, it is easy to see that the influence they have inside and outside the game is enormous, without mentioning it. Even just hearing the name, the influence already possessed within the team and the value of the name reflected outside the team are comparable to the value of the team.

When a team is faced with a difficult situation, clichéd comments such as OO has to do it are often mentioned through the mouths of the broadcasters, but the captain’s name is often mentioned. It can be seen that the players who occupy a large proportion in the team also play the role of captain.

There are plenty of things to eat at a famous feast: team members who ease the burden of the captain

Among the teams close to the so-called ‘autumn roll’, if you look at the MVP POINTs of the five teams with a higher than 50% win rate, the captain does not show a heavy presence alone in the in-game. Again, this presence is shared enough by the other team members.

For example, in 4th place Damwon Kia, the sum of the points recorded by Seo Dae-gil of ‘Deokdam’ and Gun-bu Kim of ‘Canyon’ occupies a larger share than the points of the captain Heo Soo of ‘Showmaker’. The fact that Heo-soo, who tried to go out as an altruistic leader for a while, regained his share, is also expected to become a representative point of observation that raises expectations for the second round of Damwon Kia.

Looking at the data, Gen.G shows that the proportion of the two players in the first round of summer was very large. In the second round, it also provides the implication that the slump that may come can be wisely overcome by alleviating this burden.

Therefore, the existence of Wang-Ho Peanut Han, who scored 300 points and Si-Woo Lehenz Son, who scored 200 points, just below them, can be seen as a story that can easily overcome the slump with the help of other players.

3rd place Liv Sandbox and 5th place DRX show extreme sharing and efficiency. Contrary to the low points, the captains Hyuk-gyu Deft Kim and Jae-yeon Dove Kim play a key role in the team, and rather contribute to the team’s rise by going back and forth between leading and supporting roles for the team members to perform. The fact that the team members shine brighter than the captain was possible because of the dedication of those who are quietly fulfilling the role of the captain away from the center of the team.

Still, there is a way out: mid-range with room for rebound

The situation between Guangdong Freecs and KT Rolster, who are engaged in a tight final battle at the threshold of the first round of the playoffs, is not bad either. For example, even before the season started, the Guangdong Freecs were very concerned about how to shake off the team color that relied on Kim Ki-in.

However, it seems that the team is shouldering the spotlight that was focused on Kim Ki-in, with Yoo Fate Su-hyeok and captain Teddy Jin-seong Park sharing the burden appropriately. At the end of the first round of summer, the atmosphere of the team preparing for a pleasant finish with two consecutive wins also represents this situation.

KT Rolster also swept 800 points in the last spring season, while captain Kwang-Hee Rascal Kim, who played the most important role in the sluggish team, faltered. With their performances, they are continuing their flames of advancing to the playoffs. If you can finish the first round by one game behind 6th place, this situation is enough to serve as room for a rebound in the second round.

The burden of different claims: Overcoming the burden opens the way for a rebound

In the case of 8th place Nongshim Red Force, Yong-Jun Ghost Yong-Jun Jang is not able to properly ride on the core meta that crosses the league. In the meta where long-distance dealers are gaining strength, there is not much performance, so he is showing an activity that does not match the weight of the captain.

Although Bo-seong BD Bo-seong and Chang-dong Kanna Kim are fighting hard, it is a pity that they do not make a significant difference from the point of the captain, unlike the 7th place kt Rolster. In general, when the team is drifting in the wave of stagnant waves, the leadership of the captain who should take the lead also drifts, representing the situation of the team facing difficulties with 4 consecutive losses.

The situation of 9th Hanwha Life Insurance is interesting. Rather, the struggle of the argument stands out. On Flick Kim Jang-gyeom, despite the current league meta centered on the lower body, is taking the top spot in points within the team and is playing the role of captain in a team that is in danger of being stranded.

However, contrary to the enthusiasm of the captain waving the flagpole from the bow, it seems that the team members are not providing adequate support. Kim Jang-gyeom has already achieved the points (300P) recorded in the last spring season, but Kim Hong-jo’s sluggishness (400P → 100P) comes more painfully than the sluggish performance of the spring.

The situation for 10th Freddit Brion is sad. The sluggishness of Tae-Hoon Kim ‘Rava’ is approaching hard enough that it is difficult to explain with words alone (900P → 100P). In the midst of this, captain Seong-hyeon Umti Seong-hyeon also fell into sluggishness, contributing to the background of the disappearance of the fighting spirit and passion that took the last train in the playoffs last spring.

In the end, each team’s conclusions come together. Even if the circumstances are different, the argument must play its part. Hanwha Life expects the team to play hard in the second round so that the will and efforts of Kim Jang-gyeom, who are still strong, do not go in vain. The other two teams desperately need to realize that the crumpled captain and the team’s pride depend on the captain’s rebound.

A being that cannot be created alone, ‘Team’: Recalling the importance of leadership

As NBA legend Kareem Abdul-Jabbar once said, One person may be the most important member of a team, but he cannot make a team al1. Although there are players who represent the team, such as star players and captains, that player cannot become the entire team. In the end, in order for everyone to shine, the silent dedication of a player who makes the team shine must be supported.

The direction of devotion can be different for each person, and the results are also very different. If only one-size-fits-all results were followed, the voices that constantly raise the importance of ‘leadership’ in modern professional sports would not have come out from the beginning.

Although it was the first round recognized by MVP points, why do the top-ranking teams cruise without a single common grounding, and the low-ranking teams suffer numerous strandings? I was able to approach the answer vaguely through the leader’s presence and lack of leadership.

The key to whether it is a rebound or a fall depends on the leader’s ability to read the raging waves, that is, the captain. This is the reason why the fans’ interest in the second round should be focused on the captain’s performance as much as the brilliant play in the canyon.

Octavian can be found in the Danly bastion, north of the Danley farm. Like other bloody bosses, you can track Octavian through the blood altar, and the trace will lead you directly to his whereabouts.

There are groups of mobs throughout the Bastion, as well as inside the room with the boss. You can easily kill this mob without activating the boss.

There is a minimum shadow in the boss room, so it is recommended to deal with it at night.

There are two things that you need to have if you have good chances to defeat Octavian.

How to defeat the police captain of Octavian in V Riding

For this, the distance is recommended, but it can rush at you if you are not careful. In total, Octavian uses five types of attacks.

As soon as you fight him, in the beginning he will mainly use two basic attacks, one of which on top which affects the enemies in front of him and shoots a shell of a rolling sword. If this shell amazes you, you will be stunned.

The second basic attack that he uses is horizontal oblique feature which hits him, throwing back and releases four rotating swords that cause damage and discard.

When the boss loses a little HP, he will begin to call militia long archer what will be a problem later, so it is first recommended to deal with them. 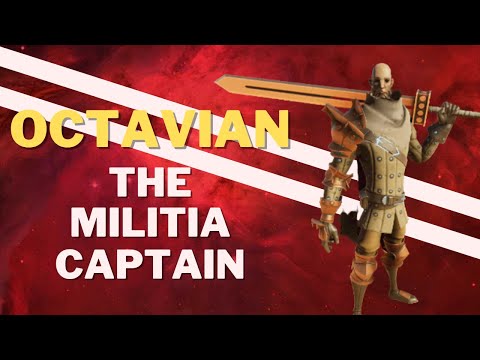 He also shouts which causes casting damage, and then commits the subsequent attack, attacking you. If he gets into you, he will inflict significant damage.

Finally, Octavian has ultimate ability in which he will begin to rotate and throw rotating swords in all directions, causing huge damage. It is best to run around than engage in battle with him. It will use this ability several times, so you must be careful with this.

After you defeat Octavian, the captain of the militia, the next booty will fall out of it.