Funomena, the study responsible for Wattam, announces its closure

Funomena , the study that collaborated with Keita Takahashi in the development of Wattam, has announced that it will close its doors in the coming days. “Funomena was in the process of closing an investment round just before the GDC and we still try to do it. Last week we inform everyone that if we did not succeed in getting funding we would be forced to close the study, “they have written those responsible in their social networks. The founder of People Make Games, Chris Bratt has expanded this information, noted that last Wednesday had already been dismissed in an effective way, with the final closure scheduled for this week: “The announcement has caught many employees By surprise, and now they are looking for another job with the last payment they will receive from the study scheduled for this Friday. “

Although the closure of People Make Games published on the Official Games published last week, some means point to the accusations of abuse against Robin Hunicke , the CEO of the study, could have affected negotiations mentioned in the official announcement. People Make Games research, based on interviews with Funomena workers and extrabands, presented Hunicke as a manipulative and abusive person who used the sensible information against their own employees. After the publication of the video, Hunicke colleagues at the University of California joined the allegations, detailing the Trend of the CEO to humiliate colleagues despite the candid public image of it. “It saddens me to know that people are hurt because of my mistakes,” Hunicke wrote in her social networks on the post-publication day, “I’m so sorry. At this moment I am taking the time to talk to people, focus on feedback that everyone is sharing and find out how to continue. “ 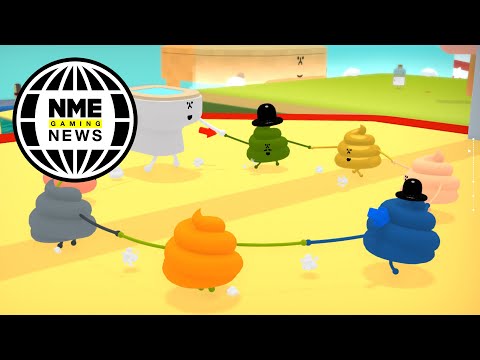 Founded in 2013 and headquartered in San Francisco, Funomena is defined as a study centered on “the beautiful and the experimental”. Beyond Wattam, its best-known title, have published small experiences for VR and some transmedia titles aimed at children. At this time, the study has 25 employees and a good handful of external collaborators. No information has been made on your current project.