Amazon released after a long wait for the first trailer The Lord of the Rings: The rings of power on this year’s Super Bowl Lvi . But the expected euphoric attitude of the fans is considered on the trailer.

As expected, have formed two opposing bearings in the fan base. One side opposes the new Mr. der Rings series with correct contempt. The other is confident and is looking forward to the first season. As always, the negative side is louder on the internet.

Too much CGI in the rings of power

The critics claim that there is a lack of the series on the vision of Peter Jackson , the director whose canvas interpretation of “the Lord of the Rings” has achieved worldwide celebrity. For them, the Amazon series is too fade and acts like a conventional fantasy show . 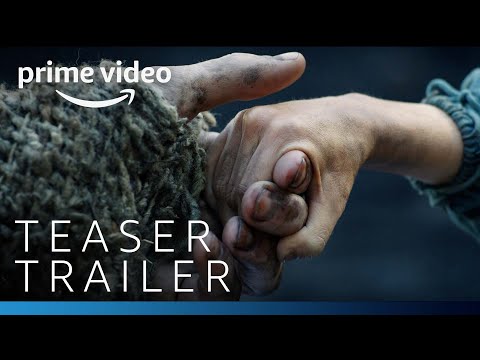 Most negative comments on the trailer emphasize the excess of CGI and the associated impersonal aspect of many scenes to be seen. Many argue that the budget should have suffered for more, because “the Lord of the Rings: The Rings of Power” is the currently most expensive series of the world .

_ “It’s just cheaper to do everything with CGI? How could Jackson build with a tenth of the budget that this movie has sets throughout New Zealand and look so much better?” _

How much the creators of the series will rely on CGI, is not preserved in stone yet. The first Teaser Trailer Proved that you can do without computer-generated images .

The fans expect a visual continuation of the first Jackson trilogy and with the first trailer to see a new interpretation to see that is not associated with the usual. This has on the one hand legal reasons . The production team does not try to copy the Jackson movies, but to build their own world .

On the other hand, the new Mr. der Rings series has no own novel as the basis , as the predecessor films, but is based on writings of Tolkien published by his descendants. Since these include only a few pages, there was certainly a lot of self-interpretation necessary here.

The reddit user “IHATECONSPIRACISTS” had a good answer to the negative reviews. He set a collection titled: “Nothing New Under the Sun” from old comments to the Peter Jackson movies online, all were just as pessimistic , as now for the Amazon series. Tolkien fans did not find nice words for the former vision of Jackson.

There is also a part two here. When the trailers appeared for Peter Jackson’s trilogy, there was a lot of criticism of fans of the books, but the time has established these films as classics of fantasy cinema .

Meanwhile, in the comment column under Amazons trailer video on YouTube is always posted and repeatedly the same text: _ “Evil can not create anything new, it can only corrupt and ruin what good forces invented or created”._

The saying is supposed to apply as protest of Tolkien fans and make their displeasure air. The Protestants assume that this sentence is a direct quote from Tolkien itself. But this is not the case.

It is nothing, what Tolkien ever said or wrote, but An interpretation of a text line from the book “The Lord of the Rings: The Return of the King” to find on the quote website “TV Tropes”. The original text line is namely:

_ “No, they eat and drink, Sam. The shadow that bred her can only mock, he can not create: no real new things from himself. I do not think he has given the Orc’s life, he has given They only spoiled and disfigured; and if they should live at all, then they have to live like other living things. “_

How much sense does the pre-criticism of the fans gives?

Even if the negative side is loudest, some fans still stay good things. For them it means waiting , because the trailer itself does not say everything about the series. “Dragonfiredon” summarizes in a post on Reddit quite well:

_ “It’s hard to judge this series based on the trailer. It is not easy to decide if the actors are good or bad. For good television broadcasts / films, the acting for me makes 70% of the quality. I’ll judge me reserved until the trailer is longer. If I have seen some actors and heard some dialogues. No idea how someone else can judge the whole thing. “_

When does the Lord of the Rings appear: the rings of power?

Amazon has recently announced that the starting signal for the rings of power on 2. September 2022 will be. From this date, the first season of the series will start Amazon Prime Video . The first season will provide for existing information. Eight consequences. Amazon has already given green light for the second season . To home page