Nornir Vanaheim God of War Ragnarok chests: Where to find and how to open everyone in the kingdom?

Corner chests are scattered throughout the nine kingdoms of God of War Ragnarök. They contain Dunn’s apple and bloody bottle, items needed to increase life and spartan fury, respectively.

In this guide, we show the location of the Corner chests in Anaheim. In total there are 11. For now, this article has only five that can be purchased on the first visit to the Vania Kingdom. The other six are only accessible later in history.

On the way to Fear’s camp, you will pass directly through this first Corner chest of Anaheim. The first turnstile is clearly visible to the left, the second is revealed by burning the vines to the right of the chest and in the last you will have to turn its steps a little and also vines.

This puzzle is not as complicated as it seems. When you arrive in the giant crane area (the main story will take you), use the hook to access the left side. Leave the torch near the bunny and use the blades to swing it toward them.

Go back down the hook and use the torch this time on the pyre that will be below Rates. Now just use the hook to cross the main path, go down and light the third pyre with the Blades to get the second Corner chest.

Ruins of the BAU Corner 3/5

Located right in front of the beach where the Book workshop is. From the beach, the first turnstile is already visible. The second is right to the right of the chest, and you need to burn vines before. The area is crowded with enemies, so defeat them first. For the last rune, climb the pillars to view the turnstile at a level below. 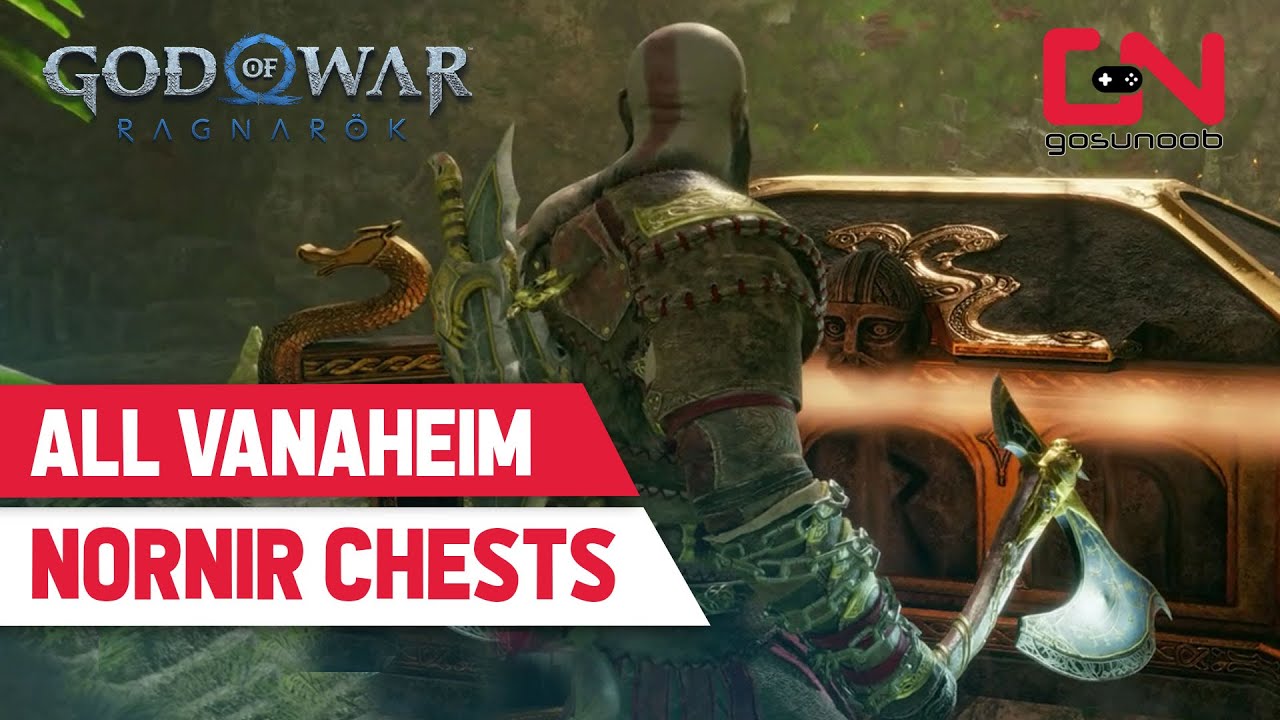 At the beginning of the veiled passage, attract right and take a bomb to blow up the vines and find the Corner chest. Throw another bomb on the other side too to take the vines out of the way.

Now just create three zones of arrows connecting the two bells on the right with the left. Throw the pump in the pink area to create an explosion that will reach the three bells, thus releasing the chest.

During Freya’s secondary mission, you will find this Corner chest after climbing the beach wall. To reach the torches you will have to make arrow sequences.

The first is to the right of the chest, throw the arrows on both stones over the water and then use the blades. The second is waterfall and the last one is on the left of the second. It is also necessary to use the arrow scheme in both.