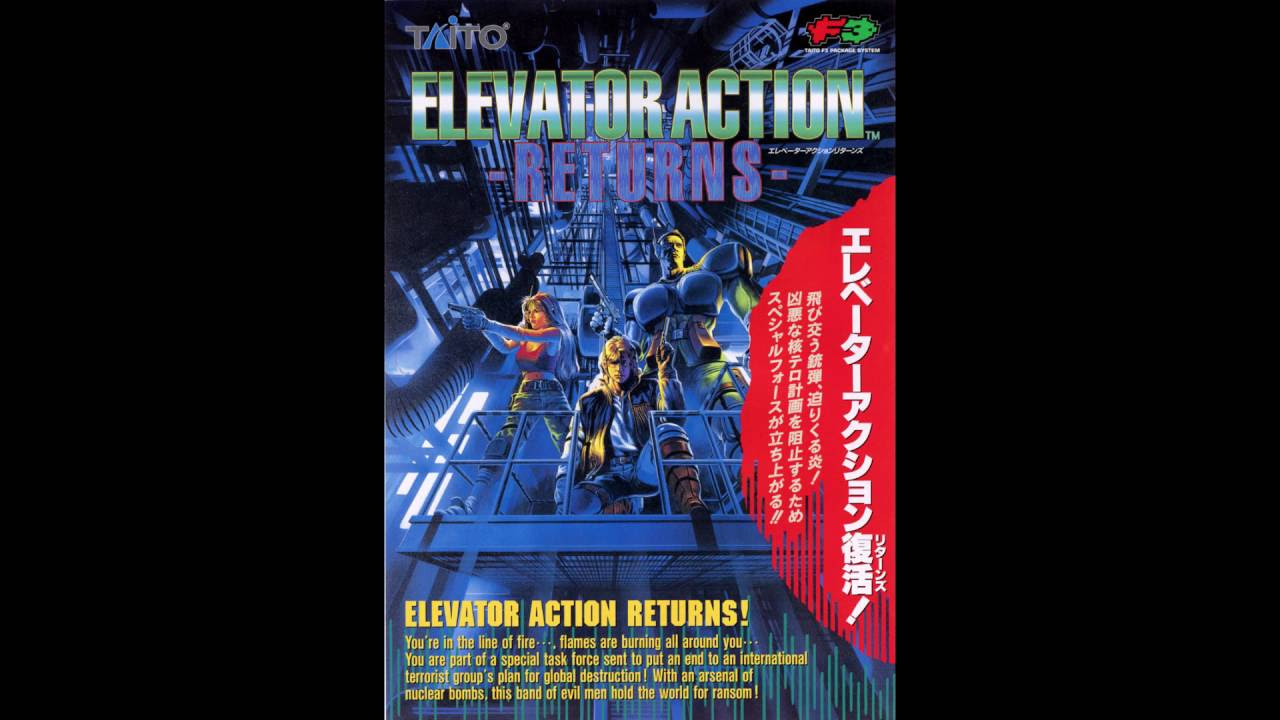 Elevator Action Returns is a 2D horizontal scroll shooting released by Tito in 1995 as an arcade game, but this time it is a 1997 home game machine version. The name of S Tribute, a project to reprint the masterpiece of the Saturn era by City Connection.

In this work, three members with different abilities, one from Cart/Eds/Jade, and invaded buildings, airports, and underground shopping malls occupied by terrorists. The purpose is to obtain confidential data from the stage and stop terrorism planning. Things in the stage, up to fluorescent lights and power distribution boards, get score just by breaking them. The elevator can also be used for attacks, such as crushing enemies, throwing a sub-weapon, and moving a remote attack.

In addition to Stage Select that can start the game from any stage, and Credit Infinity that can disable the restrictions on the continuation number of continuation, the useful functions unique to the S tribute version are also implemented, and this work is cleared to the end. Then you will be able to play the previous work Elevator Action (for one play only).

Elevator Action Returns-S Tribute will be released on December 1, 2022. The price is 1900 yen for Steam/Nintendo Switch/Xbox One, and 1,870 yen for PS4 (each tax included).