The Seven Deadly Sins: Grudge of Edinburgh already has a release date

After a mixed reception in the last seasons of his anime, SEVEN DEADLY SINS is preparing to return to Netflix with a new film. After months of just knowing the premiere window, today it has been confirmed when this feature film will be available on the streaming platform.

Through an update where the premiere dates of all the films that Netflix has for us in the remainder of the year, it has been confirmed that The Seven Deadly Sins: Grudge of Edinburgh_ will be available next 20 December 2022. This is the description of the tape:

Divided into two parts, the story will follow Tristan, the son of the protagonists of The Seven Deadly Sins, Meliodas and Elizabeth. Tristan inherit the power of the goddess clan and can cure people’s wounds and injuries, but he often ends up hurting others, due to his inability to control the power of the demonic clan. To protect his family, Tristan goes to Edinburgh Castle and meets a lot of new friends along the way. 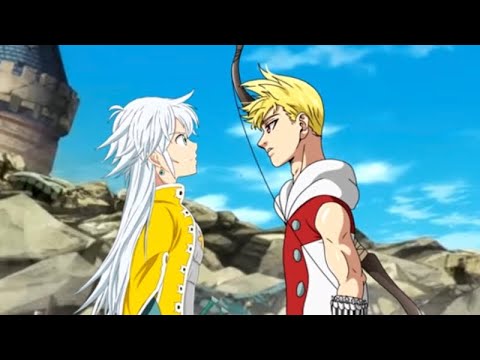 That’s right, Grudge of Edinburgh is only the first part of a story that will culminate in another film, of which its release date for the moment is unknown . However, considering the animation we saw in the last seasons, fans only expect the level of production to be at the case of what is seen in the first adventures of Meliodas and company. You can learn more about this anime here.

Can Galar-Zigzachs be shiny in Pokemon Go?