Netflix is working on a Bioshock movie

Once again, Netflix has revealed a new collaboration with a videogame company. On this occasion, has been confirmed that a film Debioshock is already in development , and will arrive at the streaming platform in the future.

Through the official Netflix Geeked account, A collaboration between Netflix, 2K and Take-Two have been confirmed, with the aim of creating a Bioshock movie . Unfortunately, at the moment there is no more information about it. This production is added to Castlevania, League of Legends, Cuphead, Tomb Raider, and more video game properties that are available on this platform.

This was what Strauss Zelnick, CEO of Take-Two commented, in this regard:

“Netflix is ​​among the best and most progressive narrators of all current entertainment. We are delighted that they share our vision and commitment to the Bioshock franchise, which is loved by millions of fans around the world. The 2K Cloud Chamber study is immersed in the active development of the next version of the series and, together with our association with Netflix, we continue to trust that Bioshock will continue captivating and attracting the public as never before. “ 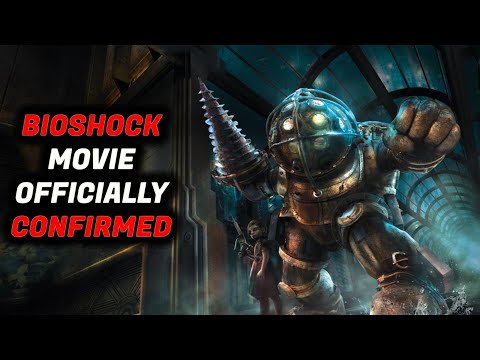 This is not the first time that a BioShock movie has been announced. In 2008, a project was revealed that would have been directed by Gore Verbinski , known by the Caribbean pirate series, with John Logan’s script, responsible for Gladiator and The Aviator, and starring Wentworth Miller, recognized by prison break, but that finally did not make a reality.

In related topics, Ken Levine ensures that he is not involved in bioshock 4 . In the same way, this demake transforms Bioshock into a game of SNES.